It was getting quite hectic out there for Aishwaryaa Rajinikanth and Prerna Arora in Hyderabad. Their PAN India music video collaboration titled ‘Musafir’ was being done in Hindi, Telugu, Malayalam and Tamil. But the two ladies have now fully pulled it off, despite Aishwaryaa currently being in hospital; Prerna took up the mantle of being at the centre of almost everything and Tips Music which is a partner in this left no stone unturned in providing support.

We at ETimes have been getting you every update of it, including the casting of Shivin Narang in the Hindi version. Shivin is working in Prerna’s upcoming film ‘Hari Up’ and Prerna thought he would suit the part in the music video. She spoke to Aishwaryaa about it, who was game to it. 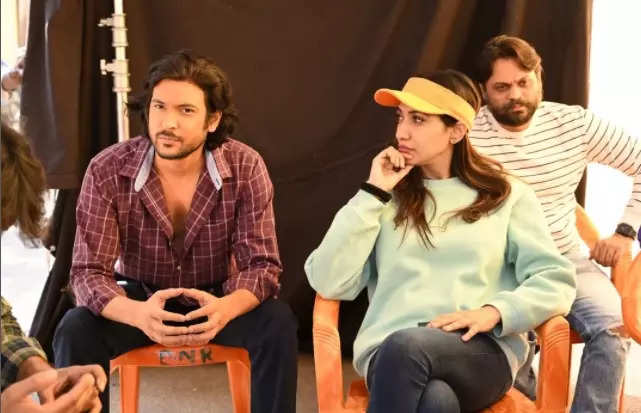 We can now tell you that the Hindi version of ‘Musafir’ is releasing on Tuesday, March 22. A source tells us, “The makers have decided that March 22 it will be. The decision was taken, this afternoon.”

The South versions, which have Jani Master, choreographer of ‘Pushpa’ in the male lead, will be released tomorrow.

When contacted, Prerna confirmed and told ETimes, “Finally, the day has come for ‘Musafir’, which dwells on creating a world of compassion. So often, we don’t look at the side of the poor people. It carries a social message that kindness is beyond money. Aishwaryaa’s concept and determination has taken this song to an emotional high, when the world is actually going the other way.”