Bollywood actress Anushka Sharma will soon be seen in a biopic titled ‘Chakda Express’ where she will be essaying the role of ace cricketer Jhulan Goswami. Meanwhile, amid the ongoing Women’s World Cup for Cricket, Jhulan broke the record for most wickets in the Women’s World Cup against West Indies.

Anushka took to her Instagram handle to laud her ‘Chakda Xpress’ inspiration Jhulan calling her ‘Champion’. Have a look : 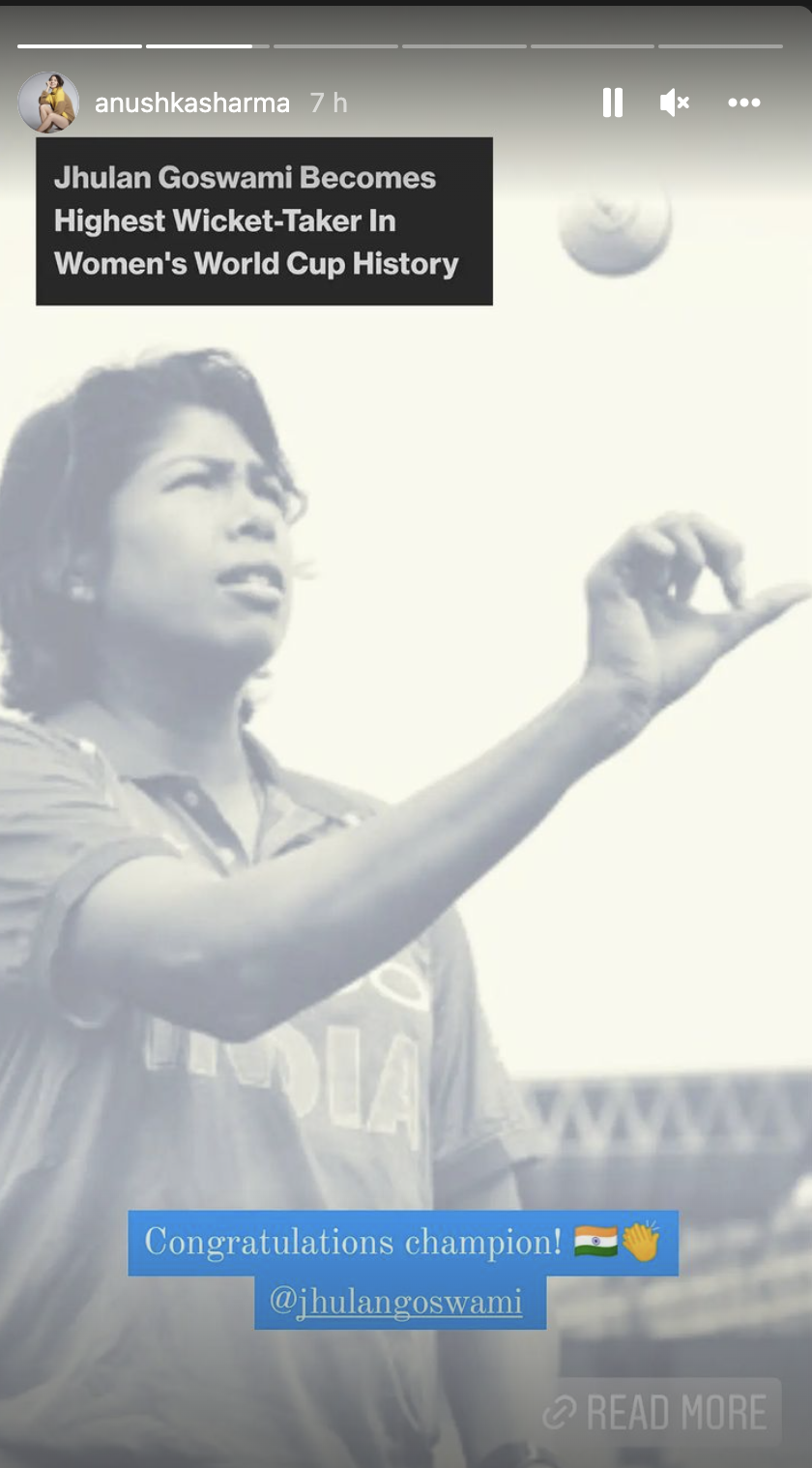 Along with this, the actress also congratulated Mithali Raj as she broke the record of most matches captained in the ICC Women’s World Cup. 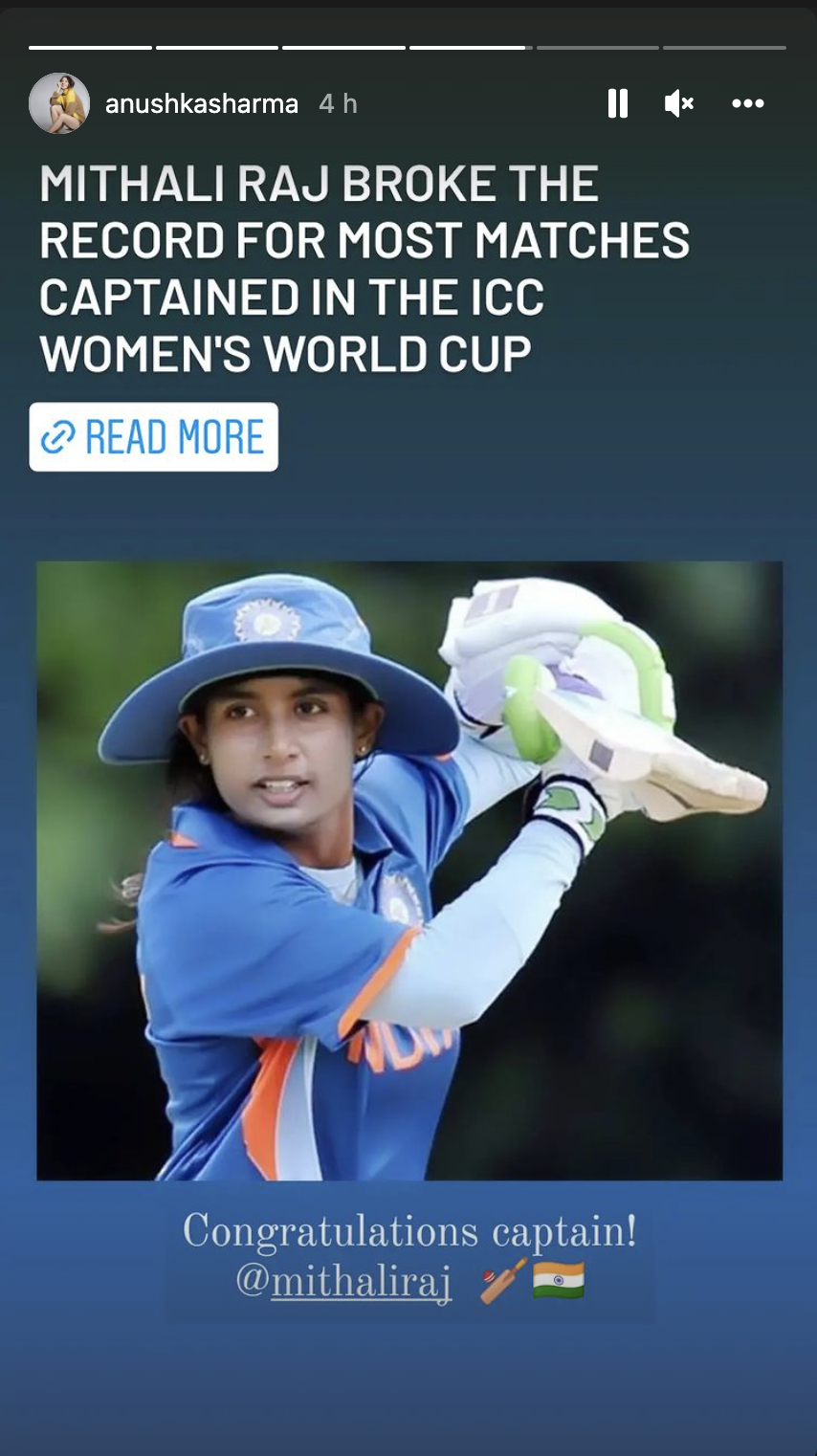 Speaking of Chakda Xpress, the movie will also mark Anushka’s comeback in films after almost 3 years. This will also be her first film, post her pregnancy. Chakda Xpress will be focusing on the battles and challenges Jhulan had to face to make a place for herself in the world of cricket.