Bollywood actor Arjun Kapoor recently surprised his Insta fam with a sneak peek of his shirtless look. The 36-year-old actor took to his Instagram story to post a monochromatic picture of him, half soaked in a pool.

The ‘Sandeep Aur Pinky Faraar’ actor, who is known for his quirky sense of humour, teased his lady love, Malaika Arora in the caption. He wrote, “@malaikaaroraofficial Finally managing to see the back of me !!!” 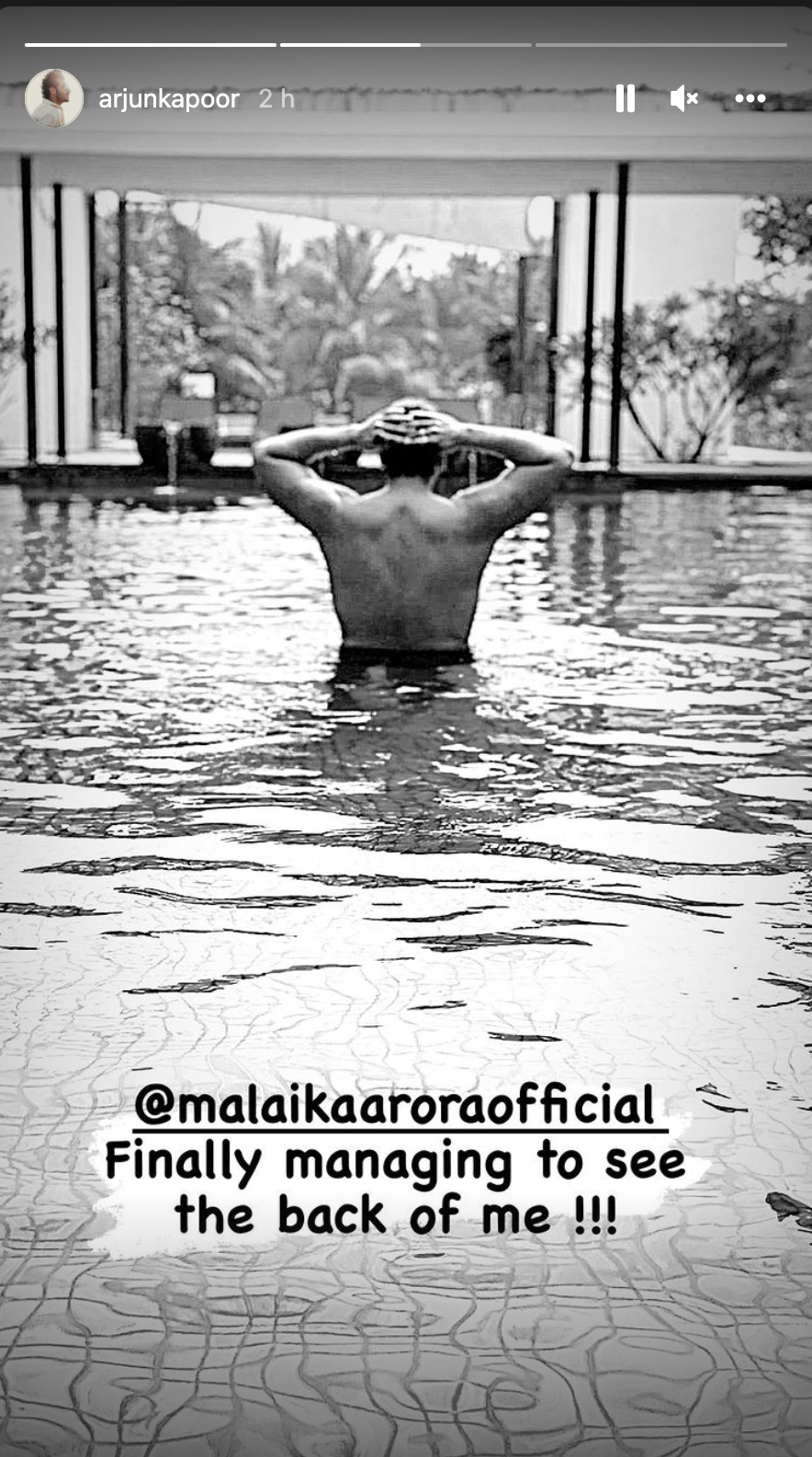 Arjun and Malaika often post adorable pictures celebrating their togetherness on social media. Their adorable display of affection for each other wins over the internet, and fans can’t have enough of the couple.

Meanwhile, on the work front, Arjun has a lot of films in his pipeline, including ‘Kuttey’, ‘Ek Villain Returns’ and ‘The Lady Killer’. He was last seen in Bhoot Police sharing screen space with Saif Ali Khan, Jacqueline Fernandez and Yami Gautam.

Ukraine war has states paying highest for debt at 7.29%