Bollywood actress Kareena Kapoor shares a close bond with her cousin Zahan Kapoor. Today, on his birthday, the actress took to her Instagram stories to drop a black and white photo of him, and wrote, ‘Happy Birthday Handsome’ tagging him. 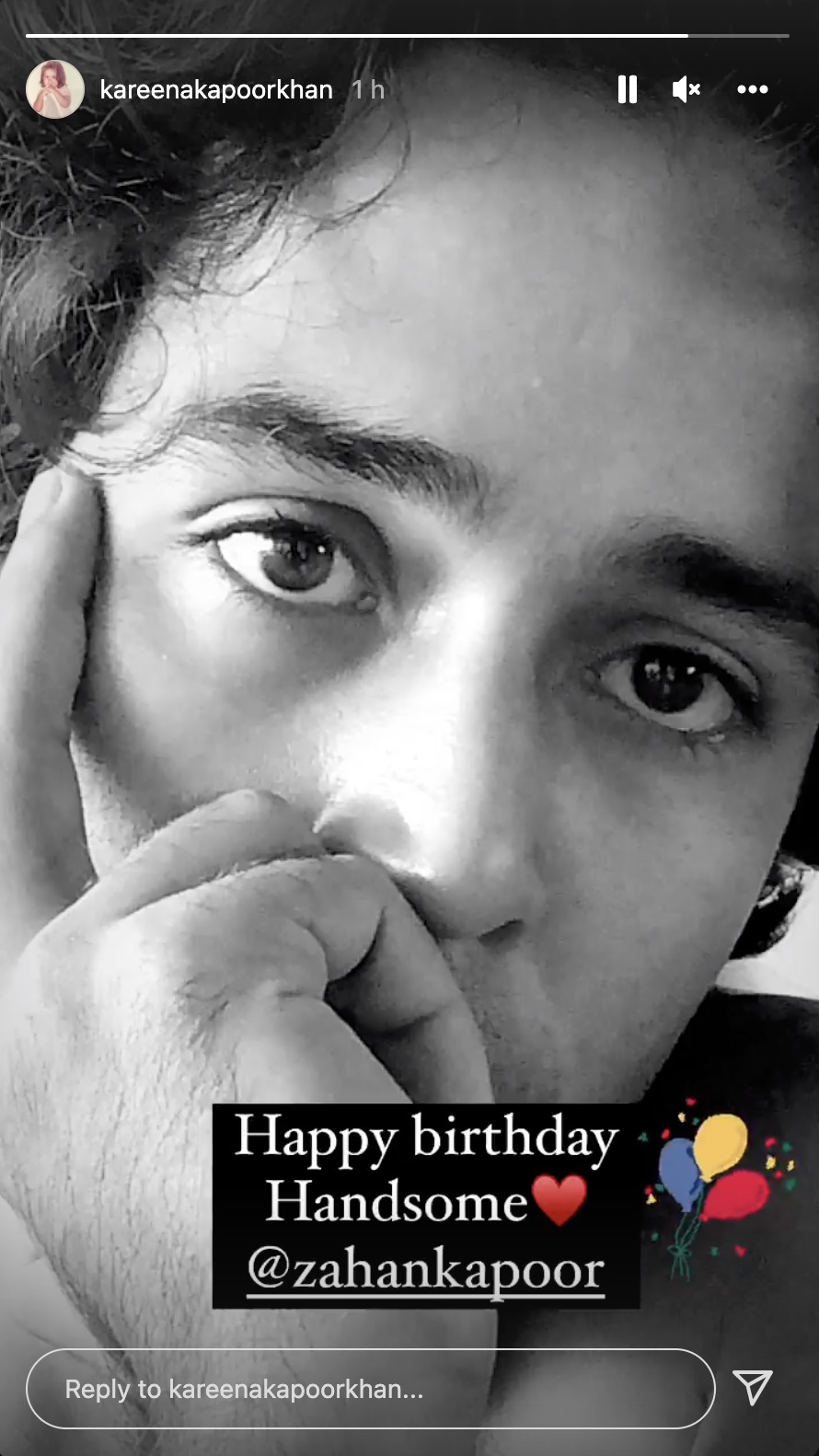 Speaking of Zahan Kapoor, he is the son of actor Kunal Kapoor and Sheena Sippy, daughter of filmmaker Ramesh Sippy. On the work front, Zahan will soon be making his big-screen debut, in Hansal Mehta and Bhushan Kumar’s upcoming ‘Faraz’.

On the other hand, Kareena is currently awaiting the release of her upcoming film ‘Laal Singh Chaddha’ where she would be seen sharing the screen space with Aamir Khan. The film is set to release on the occasion of Baisakhi, on 14 April, 2022. The film will also have cameo appearances of Shah Rukh Khan and Salman Khan. The actress also has Ekta Kapoor and Hansal Mehta’s directorial and Karan Johar’s passion project ‘Takht’.