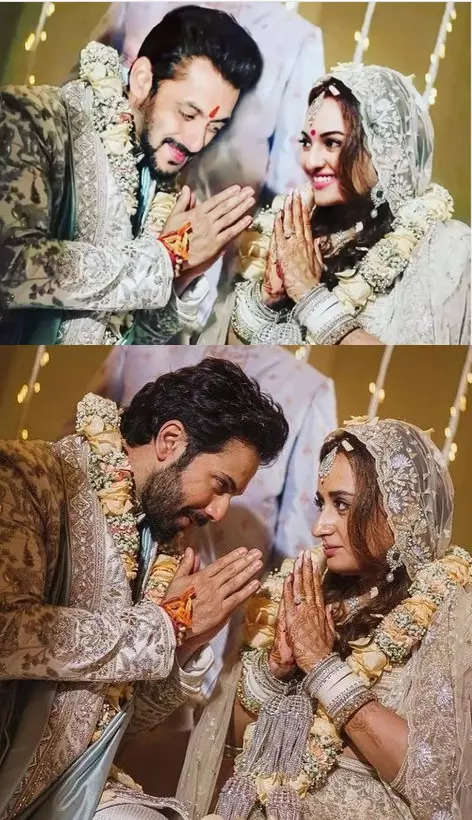 A netizen had photoshopped Salman Khan and Sonakshi Sinha’s face over Varun Dhawan and Natasha Dalal’s wedding picture. The fake picture has been expertly edited to showcase it as a memory from Salman and Sonakshi’s wedding.

Recently, Sonakshi Sinha was in the news after it was reported that a non-bailable warrant was issued against her in a fraud case. It was alleged that the actress did not turn up for an event in Delhi, for which she had charged Rs 37 lakh and that her manager had reportedly refused to return the money. Issuing a clarification on the same, Sonakshi said in a statement, “There have been rumours of a non bailable warrant issued against me floating in the media, without any verification from any authorities since a few days now. This is pure fiction and the work of a rogue individual trying to harass me. I request all media houses, journalists and news reporters not to carry this fake news as it is playing into this individual’s agenda to gain publicity.” She further added that her legal team is taking legal action in the matter and stated, “This man is purely trying to gain some publicity and extort money from me by attacking my reputation which I have very proudly built over the years. My legal team will be taking all the necessary action against him for contempt of court. This will be my only comment on this matter until the Muradabad Court has passed its verdict, so please do not approach me for the same. I am home and I can assure you there are no warrants issued against me.”

Alva's College to raise awareness on organ donation on March 10