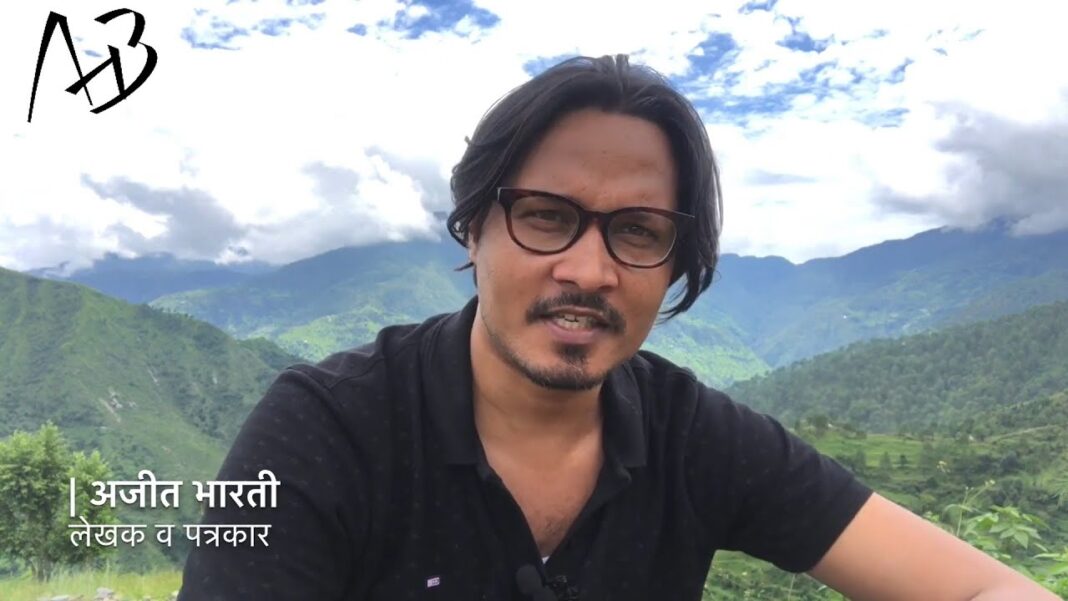 It is the age of news and media, where every battle is first fought on social media. So, the truth has become subjective to many people, they believe something to be true only if it suits their political and social ideologies. In this divided world, we all search for our role models who still fight for absolute truths, and who still raise their voices for the oppressed and marginalized people of society by giving them a deserved voice.

Do Politics Ajeet Bharti is one such individual voice that represents the Bhartiya civilization, its fighting spirit and its capacity to oppose all imposing ideologies. Before we get into the details, let’s first understand the basics about him.

Who is Ajeet Bharti

Ajeet Bharti is a Journalist, YouTuber, and Author who talks about trending social, religious and political issues on his YouTube channel and website by the name DO Politics.

Do Politics Ajeet Bharti was born in a middle-class family to his father Vinod Bharti and his Mother Shivani Bharti.

On May 14, 2022, Ajeet Bharti posted his marriage pics on Instagram and informed his fans that he is now a married man. He married a professional graphic designer by the name of Deepa Shree.

After completing his Journalism and Mass correspondence degree, he focused his life on the field of Journalism. These were his early days, so he stumbled from one place to another to pursue his dream of journalism. He worked in various English media companies like The Times of India, Economic times, and the Indo-Asian News Administration. He even worked as an Assistant professor at Delhi College.

By this time, he had already worked in various electronic and print news media companies. But, he found his first big success when he joined Opindia and become the News Editor of Opindia Hindi. He later left Opindia in February 2021 to pursue his own independent news venture by the name of DO Politics. Do Politics’ parent company is Vakusha Media Pvt Ltd.

It was first started just as a YouTube channel, but later they also added a news website to it. Now, Ajeet Bharti is successfully running the DO Politics news website and channel. He is reaching thousands of new subscribers every week on his channel. He covers all the trending topics of India ranging from the social, political and economical aspects.

Not many people know that Ajeet Bharti also has an authoring side to him. He has written several books, which we will discuss one by one.

Bakar Puran focuses on the story of friends who are bachelors. They all go to Delhi after leaving their homes behind. They fell in love, they do crazy stuff and discusses Indian foreign policy with their friends.

Quote from Ajeet Bharti’s Bakar Puran book—MBA people don’t know anything other than making Excel sheets and using fancy words. All their smartness and skills are wasted on their tie knot-making skills and working for their bosses.

Ghar Wapasi is the book by Ajeet Bharti which focuses on the life aspect itself. It showed how a child who used to play in his home has now grown up to become an adult, he has responsibilities and works to do. He leaves his home to fulfil his dreams but later comes back when his father is sick. Now, he is remembering that all those days of his childhood are just gone, and he struggles with these thoughts. This book also covers some more related concepts and thoughts which the author wants to share with his audience.

There Will Be No Love: A collection of short stories

As the title suggests, it is really a collection of short stories that cover all human aspects like happiness and sadness. This book goes even further by covering all the raw dark emotional aspects that you will feel while reading these stories in this book. These stories cover a wide range of topics from violence, social aspects, hatred, and the flow of these characters in the book itself. This is a book that has the potential to move the reader through the power of words.

This is a unique book which is presented as a satire. This book focuses on the shortcomings of the Indian way of working, its democracy and its premium institutions like the Legislature and Judiciary. Further, this book also talks about the role of society and media in all the functioning of our Country.

Ajeet Bharti has been part of many controversies, and they all range from serious allegations to criminal procedures. Let us take a look at them one by one.

Ajeet Bharti had different views regarding several court judgements and observations. He has continuously talked about them in his videos for years. But one day he suddenly heard that a contempt of court case by registered against him.

Attorney General KK Venugopal was the one who sanctioned the contempt of court proceedings against Ajeet Bharti. He said that Ajeet Bharti’s statements are gross and highly derogatory towards the Supreme court of India.

His reaction to the contempt of court case can be seen in the videos shown below. He also wrote down his views on the Indian judiciary in one of his popular books by the name Jo Bhi Kahoonga Sach Kahoonga.

The second Contempt Case On Ajeet Bharti and his views on it can be found in the following video.

Ajeet Bharti left Opindia because he wanted to start his own independent news media venture by the name Do Politics.

Senior editor at Opindia news, Nupur J Sharma shared this tweet and wished him well when he left Opindia.

Kritika Singh was a law graduate student from Dr Ram Manohar Lohiya National Law University who was seeking the consent of the Attorney General of India, Mr KK Venugopal for contempt of court action against Ajeet Bharti.

AG responded to her letter and said that he found Ajeet Bharti’s statements derogatory to the supreme court of India.

Who is Ajit Bharti?

Ajit Bharti is a journalist, YouTuber, and author who covers all trending issues in India related to its social, religious and economical aspects on his YouTube channel with deep analysis.
He has also written 4 books by the name of Jo Bhi Kahoonga Sach Kahoonga, Ghar Wapasi, There Will Be No Love: A collection of short stories and Bakar Puran.

Why did Ajeet Bharti leave Opindia?

Ajeet Bharti left Opindia on March 8, 2021, because he wanted to start his own independent news media venture. This new venture was named Do Politics, and it got him a lot of success on his YouTube and website platforms. He is able to reach an even bigger audience through the Do politics channel and website.

Yes, Ajeet Bharti left Opindia on March 8, 2021, because he wanted to start his own news media venture by the name of Do Politics.

Yes, Ajeet Bharti is married to a professional graphic designer by the name of Deepa Shree. The marriage took place in May 2022.

You can contact Ajeet Bharti through his personal mail, [email protected]

Ajeet Bharti is from which state

Ajeet Bharti belongs to the state of Bihar, as he was born in the Begusarai district of Bihar. He currently lives in New Delhi, India.

So this is the end of our article on Ajeet Bharti’s biography. If you think that we have missed something about him, then please let us know in the comment section down below. You can also share this article with your friends and family if you like our content.