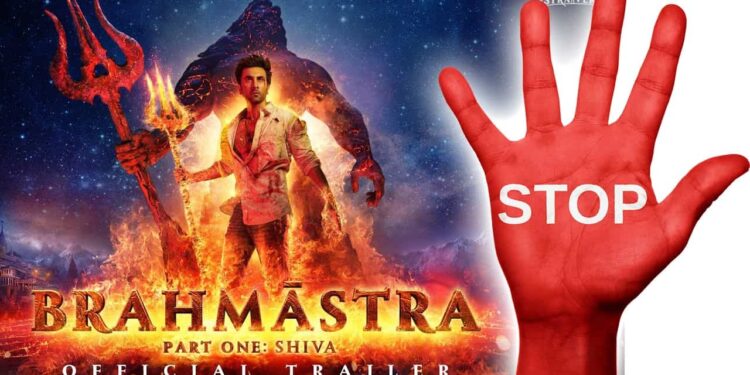 Brahmastra part 1 Shiva is part of Brahmastra The Trilogy which is actually a three-part series of the brahmastra franchise. According to the makers of the movie, this is their own Universe of Astraverse. The inspiration for this series was taken from Indian history and its roots while the story is still set in modern India. Different concepts such as Dharma and Adharma will also be introduced to symbolize good and evil. This series will include everything from fantasy, love stories, adventure, and action. According to the makers of the movie, you will also see the use of some new cutting-edge technology and the kind of action which you have never seen before with visual spectacles of a Grand scale.

Brahmastra part 1 Shiva is the story based around the main character Shiva who is played by Ranbir Kapoor. He is the main hero of our story who meets his love interest, A girl named Isha who is played by Alia Bhatt. The trailer starts with their love story getting interesting but then suddenly the world is turned upside down as Shiva has learned that he has a connection to the mysterious brahmastra. This is one of the greatest power within him which he does not understand yet but will in the future. This is the power of Fire, the Agni within him. Further, we see that Shiva joins on the adventure where he finds other characters who are also part of the story in the world of Astras. Shiva is supposed to play the role of the divine hero of the universe in the story according to the makers.

Without wasting any of your time let’s get straight to the point. I started watching this trailer hoping that I would find everything that was being told by the makers of this movie on the internet. This movie was being hyped up for years before even the release of its poster so this was supposed to be one of the best movies that have been made in India so far. So before the trailer launch, I was excited same like the others. But all my excitement got destroyed as soon as I finished watching the trailer.

With all these colorful VFX and the big budget of the movie and years of making, we still didn’t see a good action sequence in the whole trailer or any good dialogues between the characters. It’s almost like the whole movie is blank emotionally. There are only visual effects that are the highlight of this movie. You can’t feel any connection to the story or to the characters simply because the makers of the movie did not work hard on all these aspects. To me, it seems like they wanted to make a movie that would look visually more appealing to the audience at a scale that has never been seen before. While doing that they missed the point of having a movie at all. People watch movies in order to escape their own reality, having visual effects will have some of the aspects of that fantasy that people want to see but still without the story and emotional connection, it’s just a blank screen where different colors of VFX come from time to time.

The acting of Embracing the Hindu Dharma just for financial gains

Bollywood has always been an outsider when it comes to the Hindu culture of India. When India got its independence, a lot of places and sectors inside India never got that independence ideologically. Bollywood is one of those sectors which is still a slave in those aspects when it comes to showing India’s own culture and heritage. It seems like they look at Hindu culture from an outsider’s perspective. Even when they are making a movie on Shiva, brahmastra, and Hindu heritage, they still can’t fully embrace The Hindu Dharma.

There is always one part of the internet that hates Bollywood for that which is why this part has stopped supporting Bollywood and stopped watching its movies. This section of the audience has diverted all its resources and money as the consumer to the south Indian movies where Hindu culture is glorified and fully accepted by the movie makers and actors because they all believe it’s their own Dharmik culture. But Bollywood has never thought of Hindu Dharma as their own dharma or culture.

This movie also seems to be looking at the Hindu culture from a perspective where it wants to get rich by appealing to that same audience that has abandoned it. But it all seems like a drama, a facade that is not real. The movie makers know that they are losing ground fast because their own audience thinks that they hate Hindu culture. So this seems like a desperate attempt to make that audience realize that we don’t hate Hindu culture although, in their heart, the movie makers will never be able to fully accept our culture and heritage more than just for the financial gains in the movie business and the audience can see through this facade.

If you like our review of the brahmastra movie then please make sure that you share this article with your friends and family.